A behind-the-scenes look at restoring the historic murals at The Milton (formerly known as the Heritage Towers) in Battle Creek, Michigan. The new apartment buildings and storefronts at The Milton will soon be open for business, complete with restored Art Deco ceiling murals, just as they were in the 1930s.

The ambitious minds at Gilson rarely shy away from a creative challenge. But the restoration project at the former Heritage Towers certainly gave us pause. The project began with a phone call and a simple question: Can you produce custom wall coverings? As it turned out, the answer was not quite so simple.

“Back in March of 2019, I got a call from developer Mark Harmsen who said he was given my name by the facilities manager at GRCC,” said Rolly Smith, account executive at Gilson. Smith had just completed massive wall installation at the new GRCC Ford Fieldhouse. “Mark asked if I could come look at a large wall covering job, so of course I went down right away.” 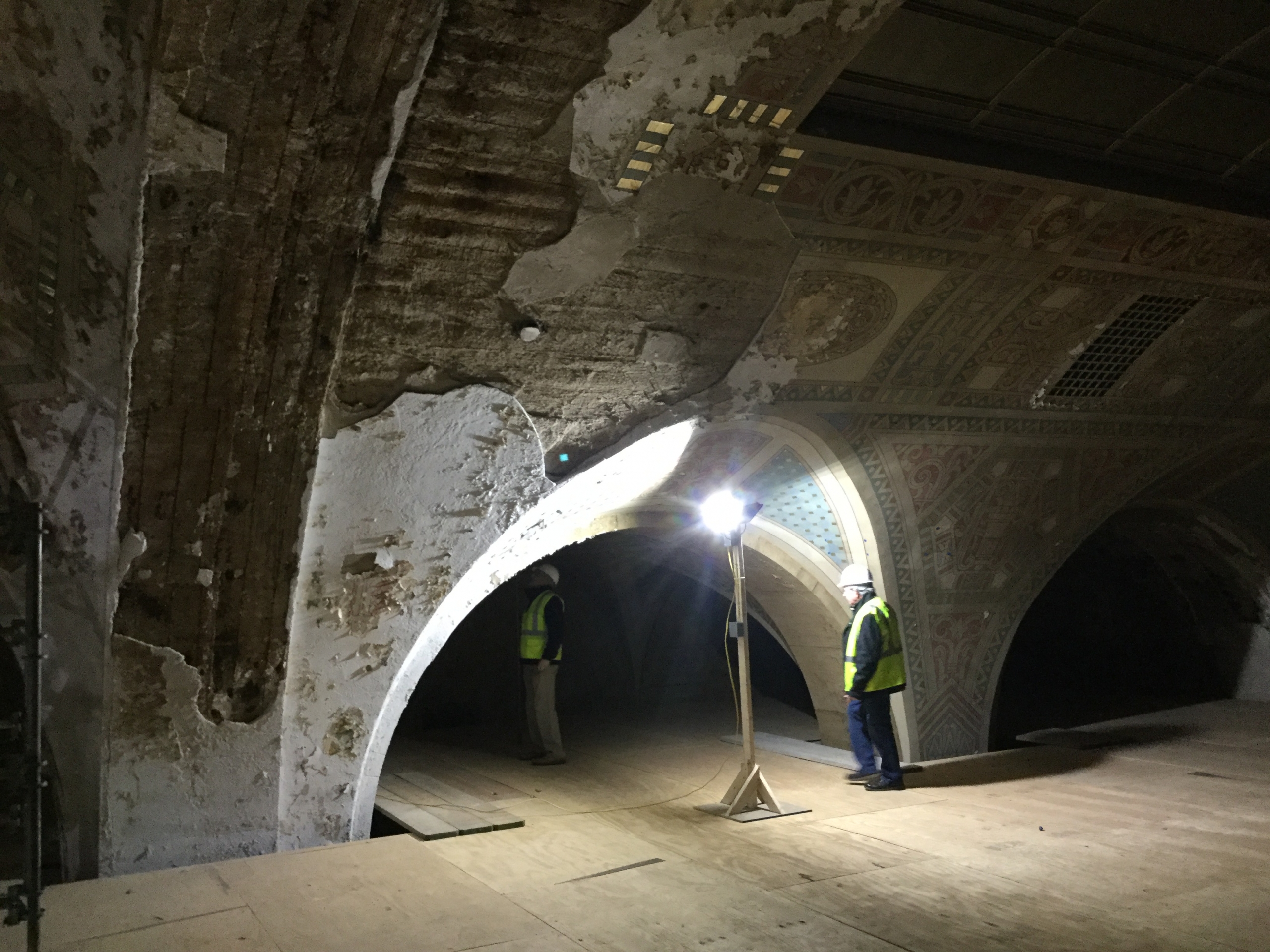 “I was in shock,” said Smith. “It was huge—well over 10,000 square feet of murals, mostly on the ceilings, 50 feet in the air, with curved surfaces and uneven plasterwork.

I emailed him back later in the day and thanked him for the opportunity, but that traditional printed wall coverings were not the right solution for this project.”

But Smith couldn’t stop thinking about the project. After several nights of sleeping on it and waking with the project on his mind, he thought to himself, “What about stencils?”

Nearly a year later, the restored ceiling and vault murals at The Milton are nearly complete and ready for public unveiling thanks to the innovative thinking of Smith and his team at Gilson.

The historic building was built in 1931 as Old Merchant’s National Bank, the crown jewel of Battle Creek. After sitting empty for more than a decade, the building was falling into major disrepair. 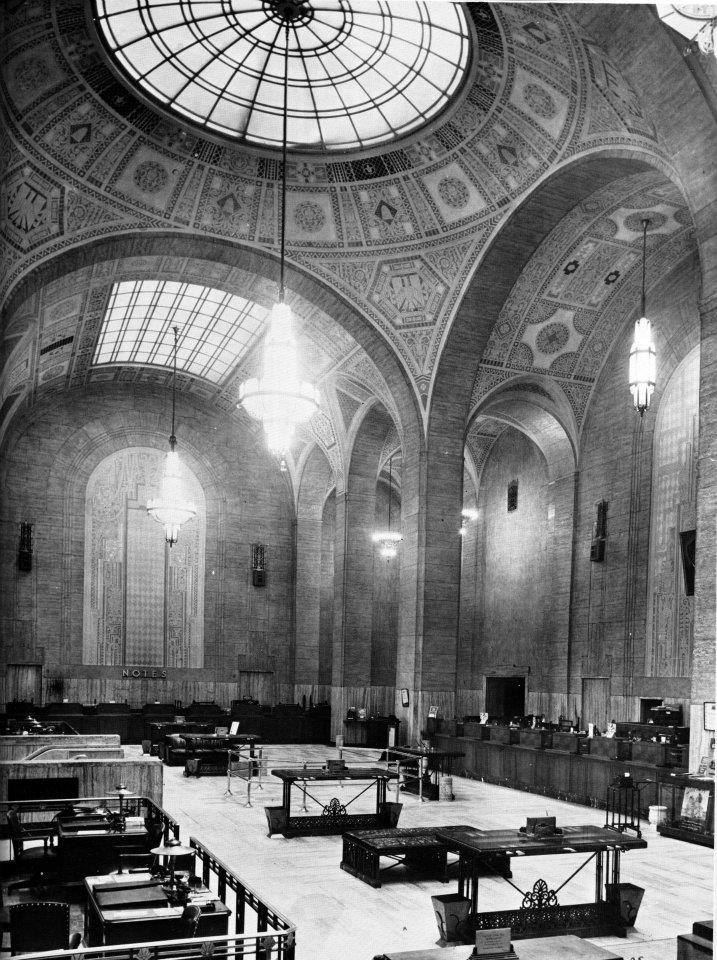 Gilson collaborated with the local contractor who was facilitating the plaster repair work. Together, we performed several site reviews to develop a game plan to accomplish the recreation of the ceiling murals, some of which had been completely destroyed by fire and water damage.

“We came up with a plan of digitizing the graphics by taking photos of the designs as well as using photos from historical research,” said Dan Amidon, the lead installer on the project. “After the patterns were recreated electronically, we developed a map of each image which would serve as our guide as to what images went where, and what size they needed to be.” 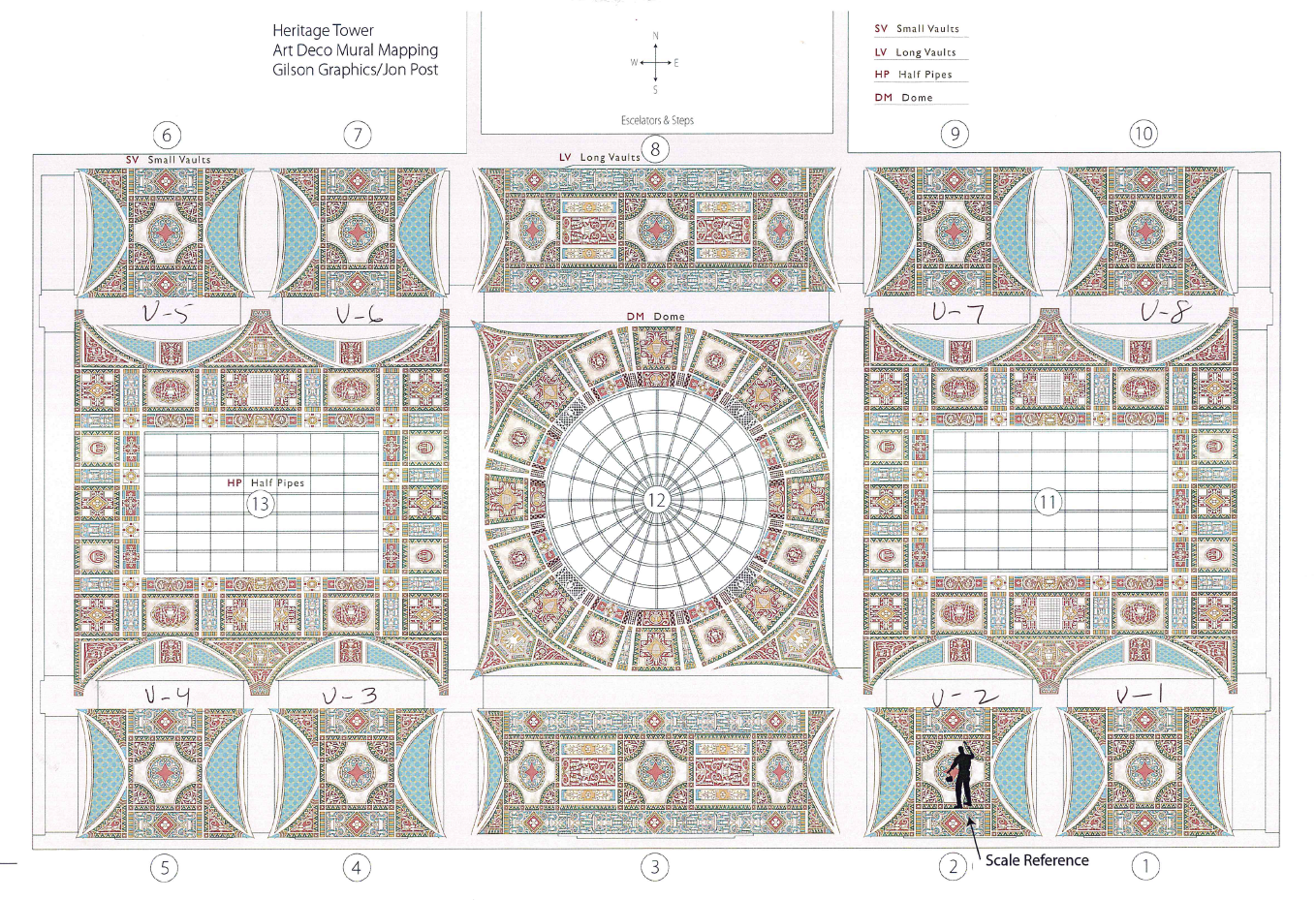 Detailed map of each vault pattern

Jon Post of Post Art Studio was instrumental in digitizing the patterns and providing dimensional scale maps of the design. He spent hours researching the paint techniques used by the original artist, Alexander Rindskopf. “The project could not have progressed as smoothly as it did without Jon’s guidance, leadership, and passion,” said Smith. “He is a true artist.”

After many test rounds, the final solution involved stencils cut out of a special adhesive vinyl and mounted to the refinished plaster ceilings and arched surfaces. 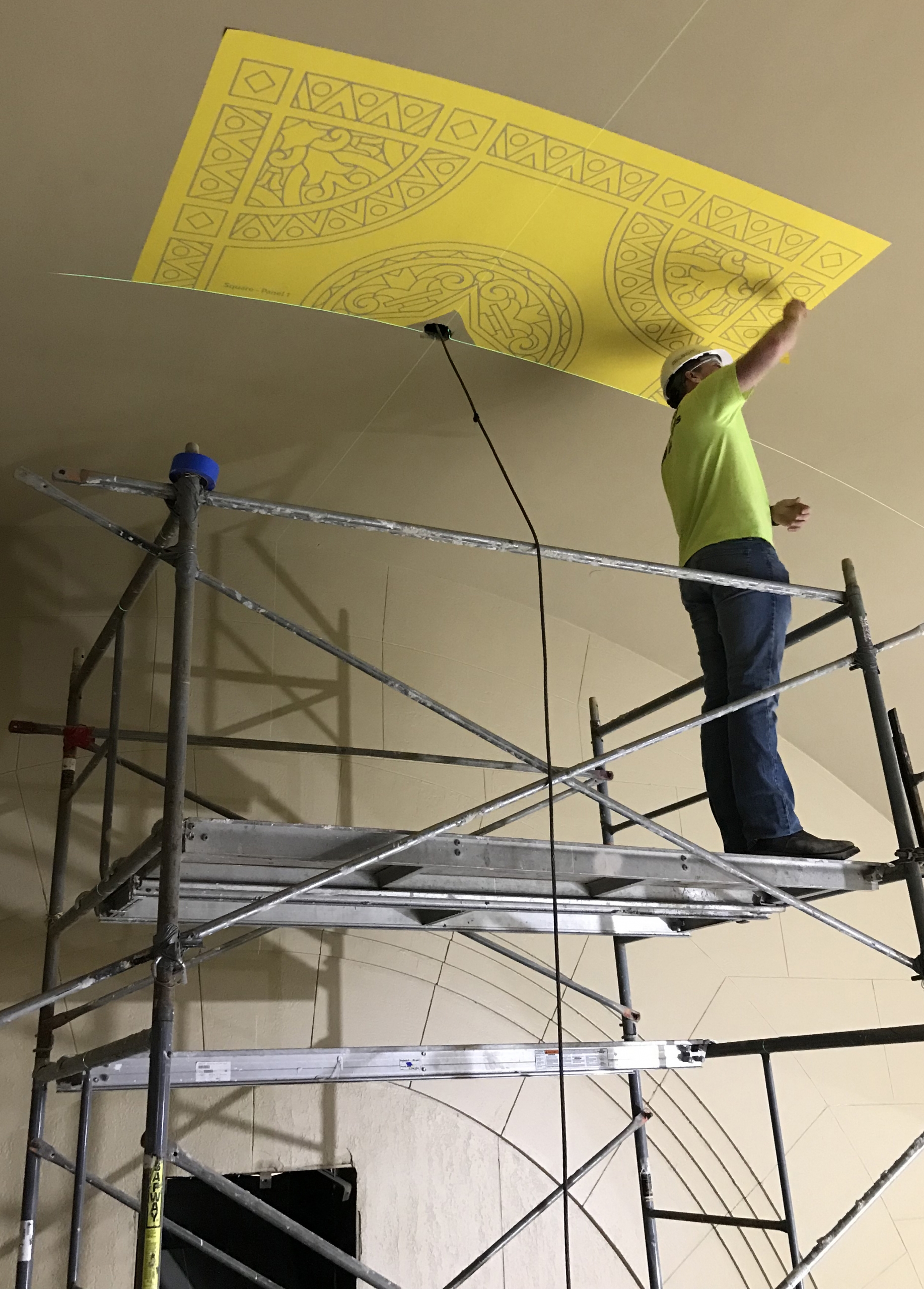 Laser levels aid in the placement of the stencils

“Once a stencil was applied, a team of painters outlined the design, removed each piece of vinyl, and then painstakingly painted the colors within the outline,” said Amidon.

The end result is nothing short of amazing. While the COVID-19 pandemic slowed progress for a brief time during the months of March and April, the project is quickly coming to a successful conclusion. 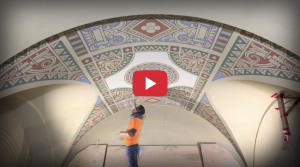 The Milton opened its doors to its first tenants in January 2020. For more images, videos, and information on the project’s history and community news, check out the additional content links below. 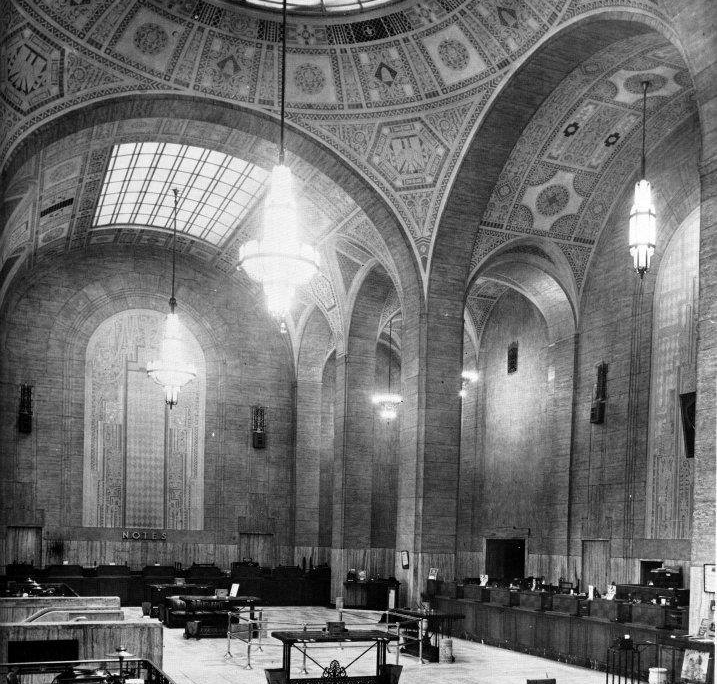 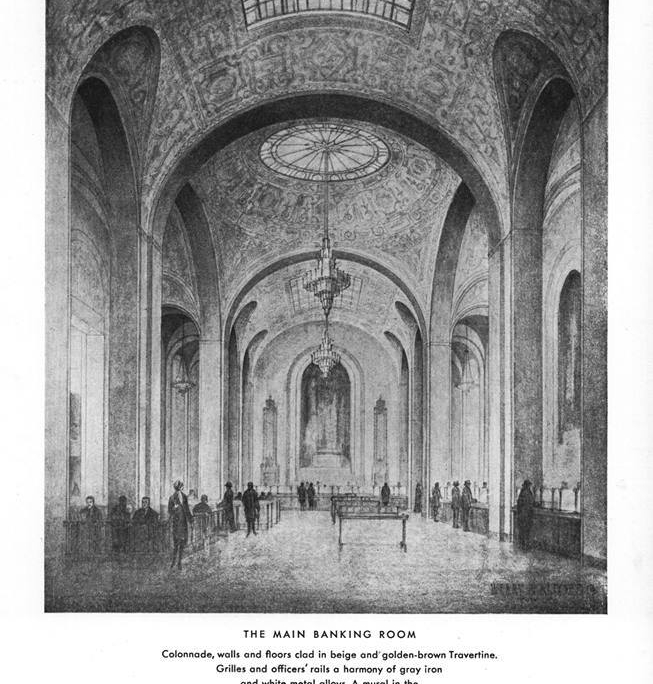 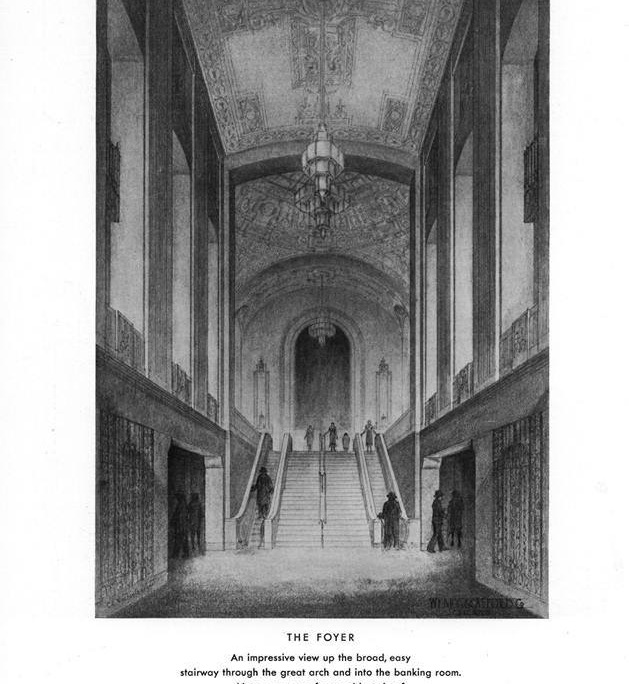 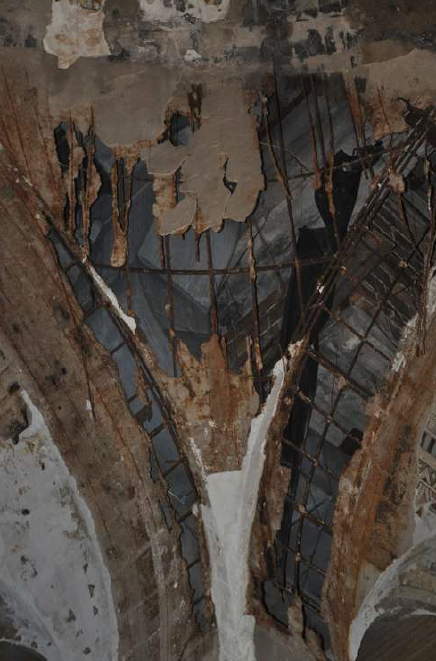 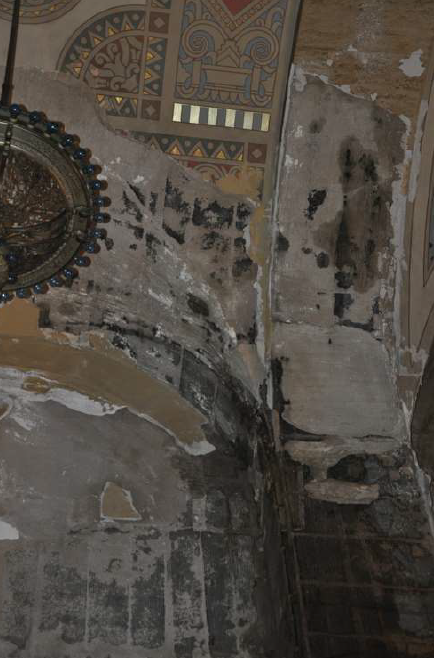 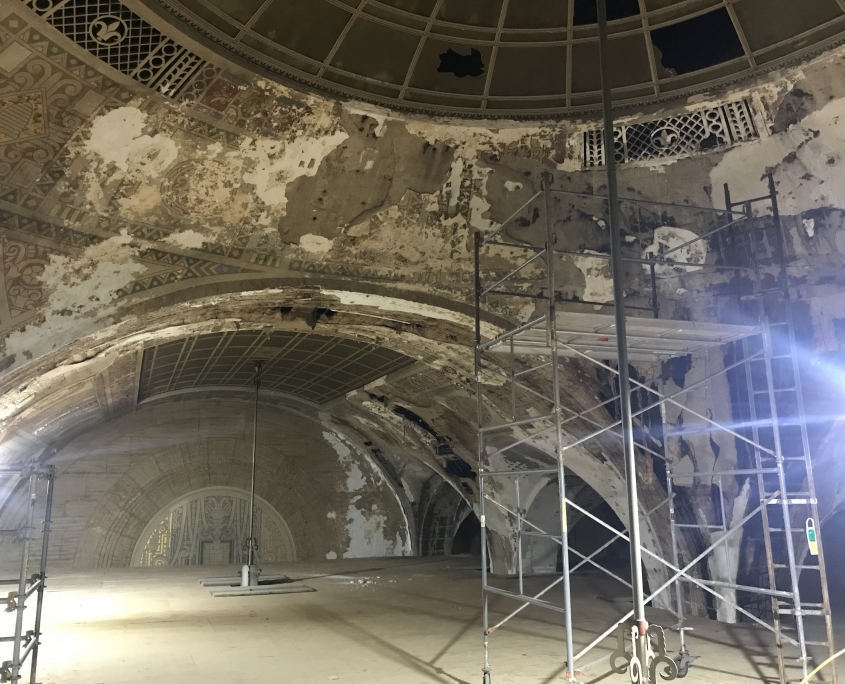 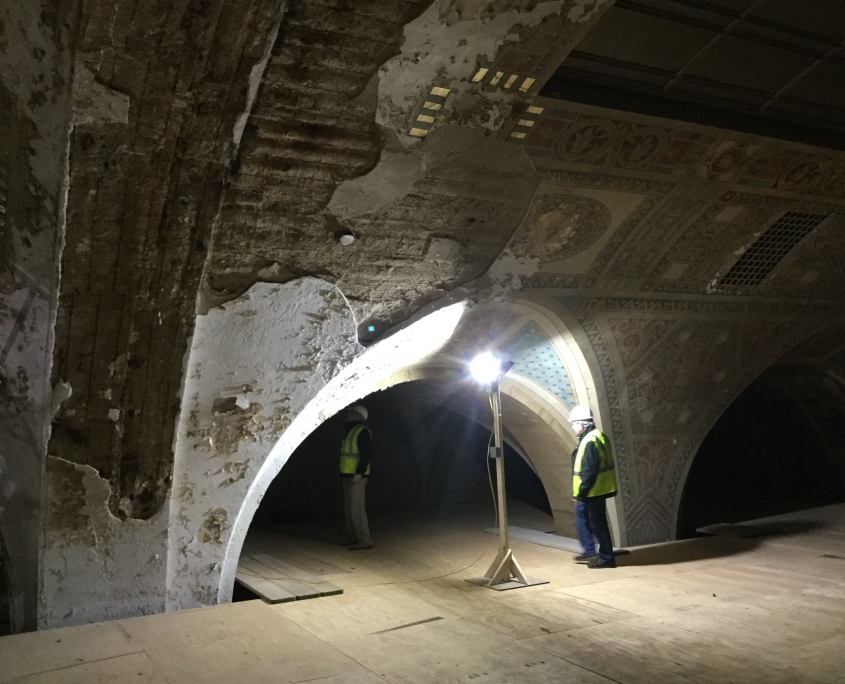 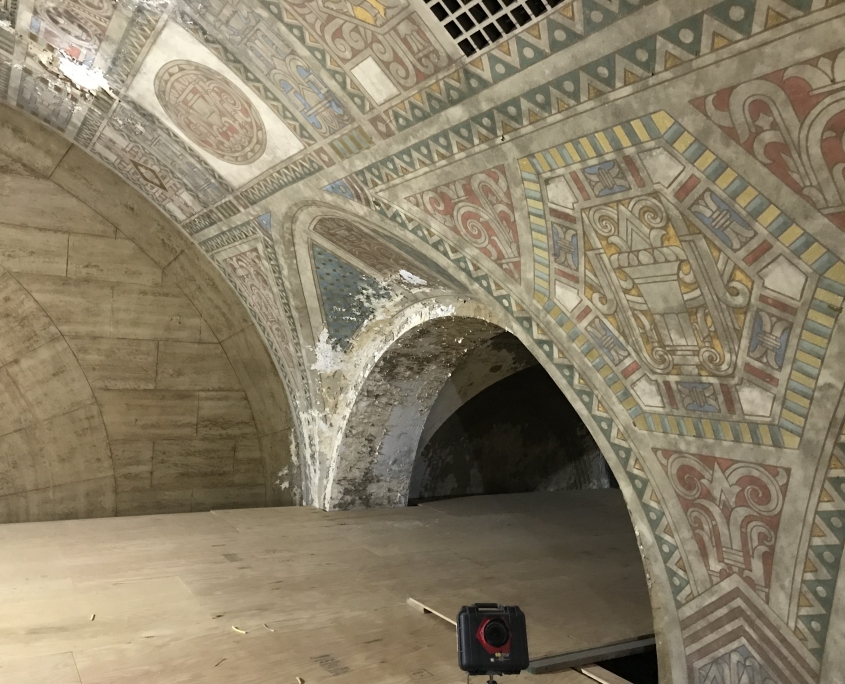 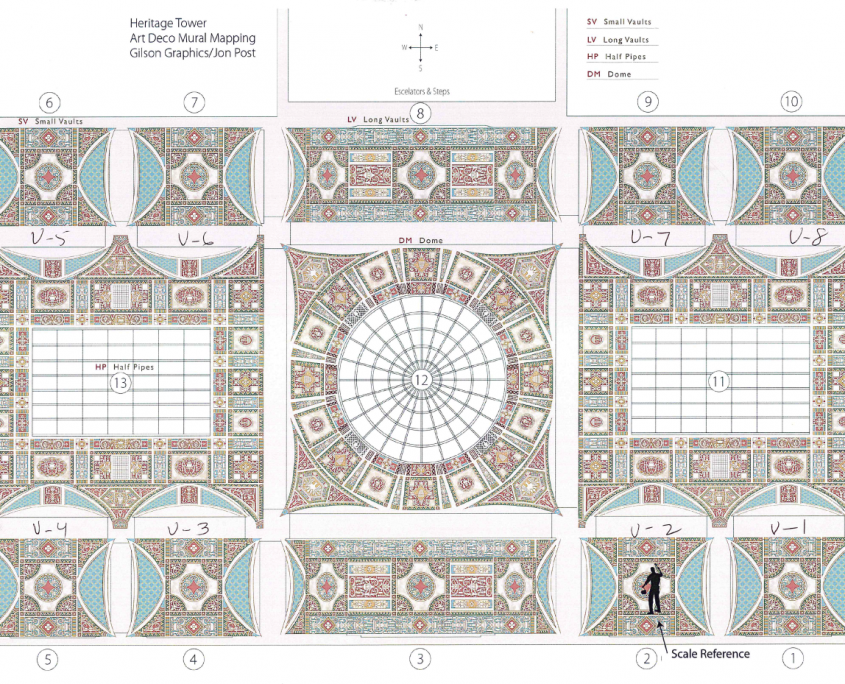 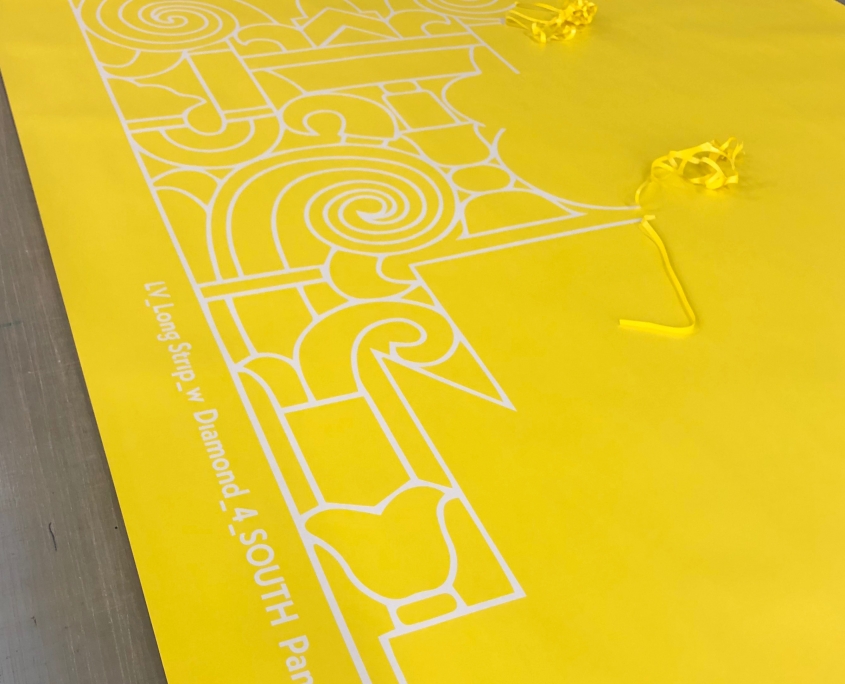 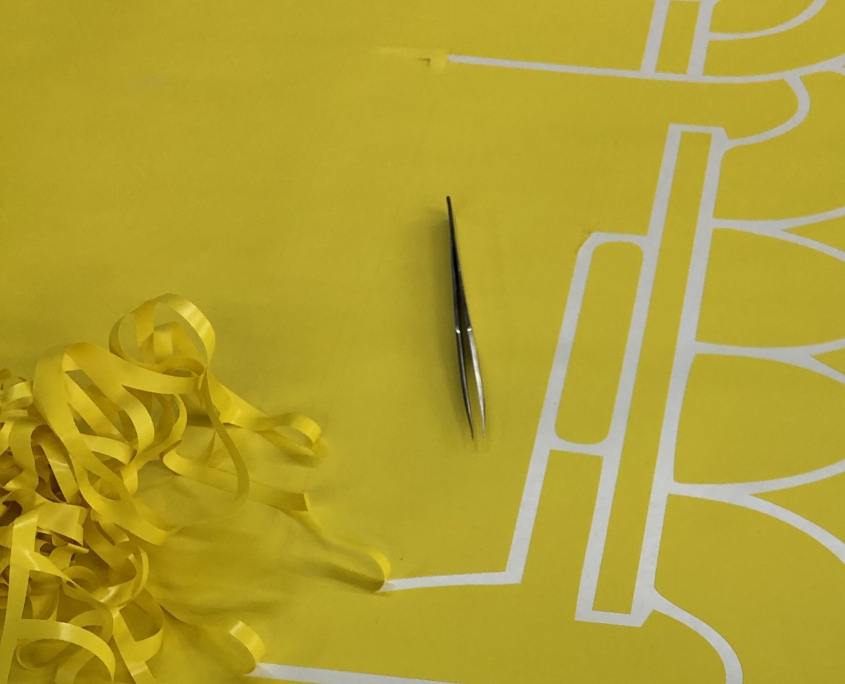 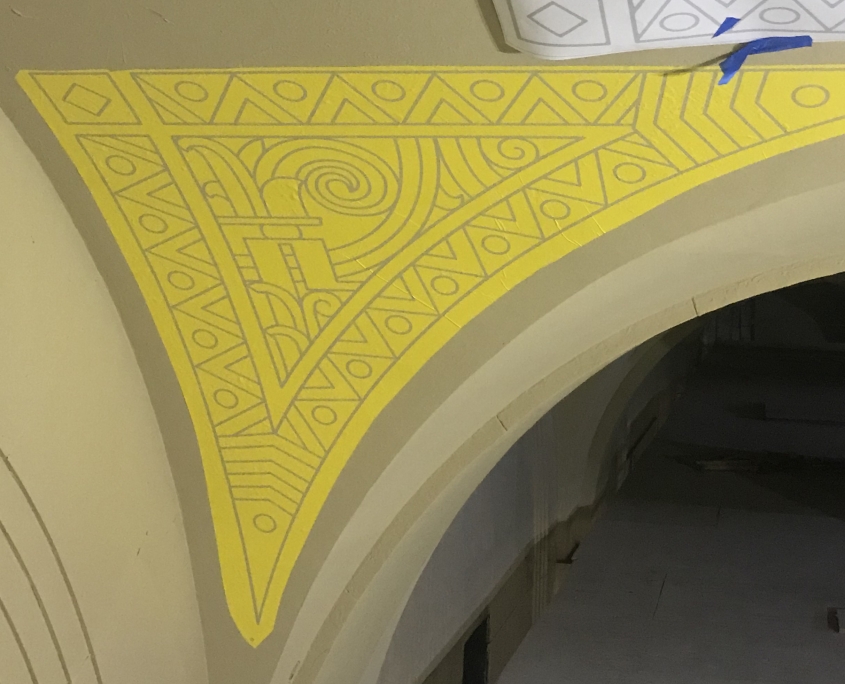 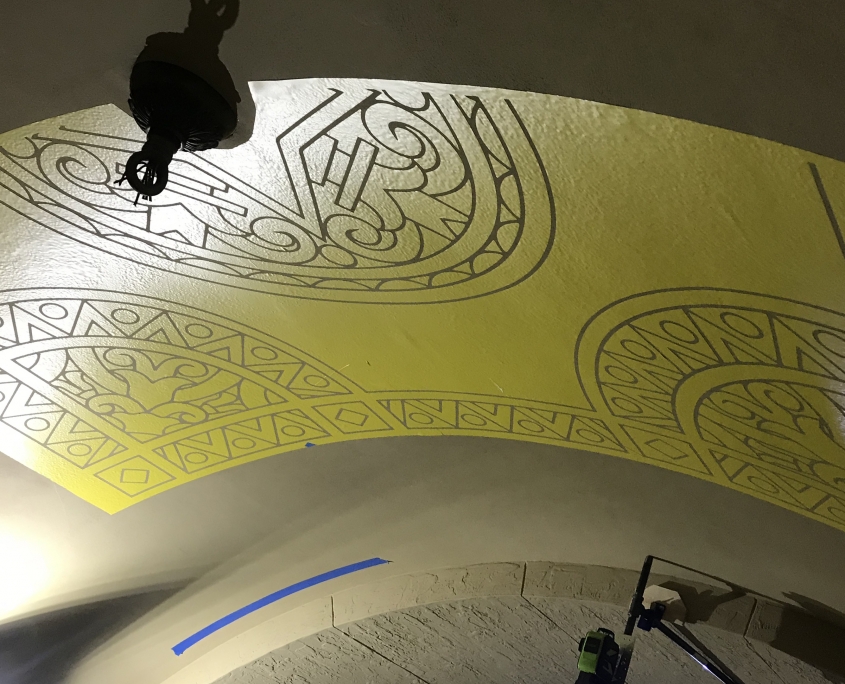 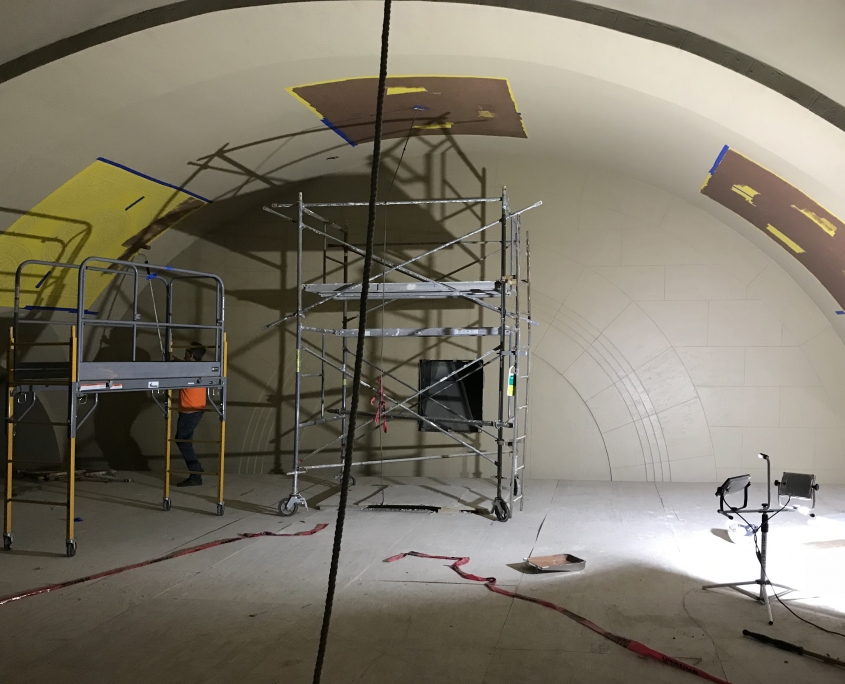 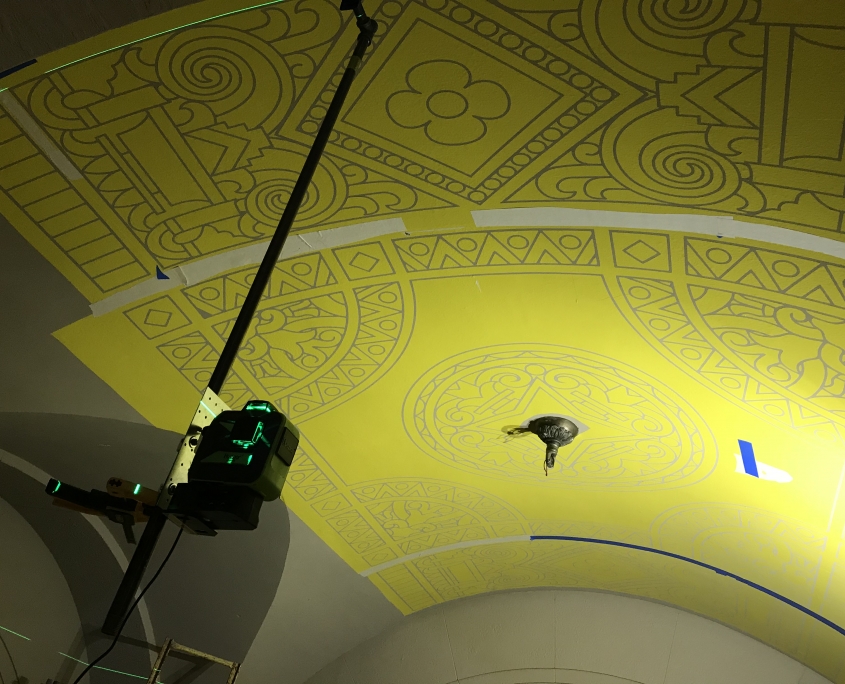 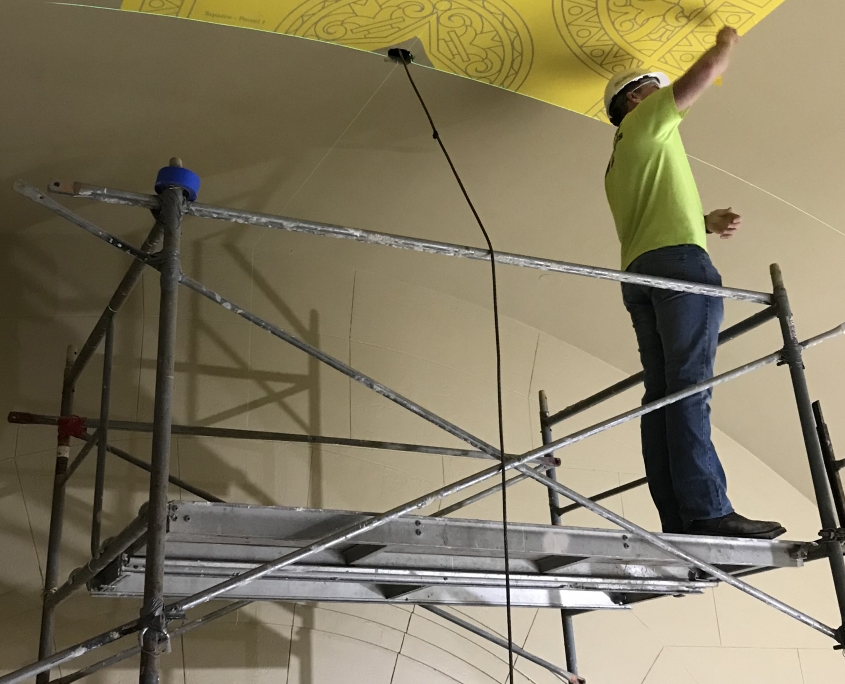 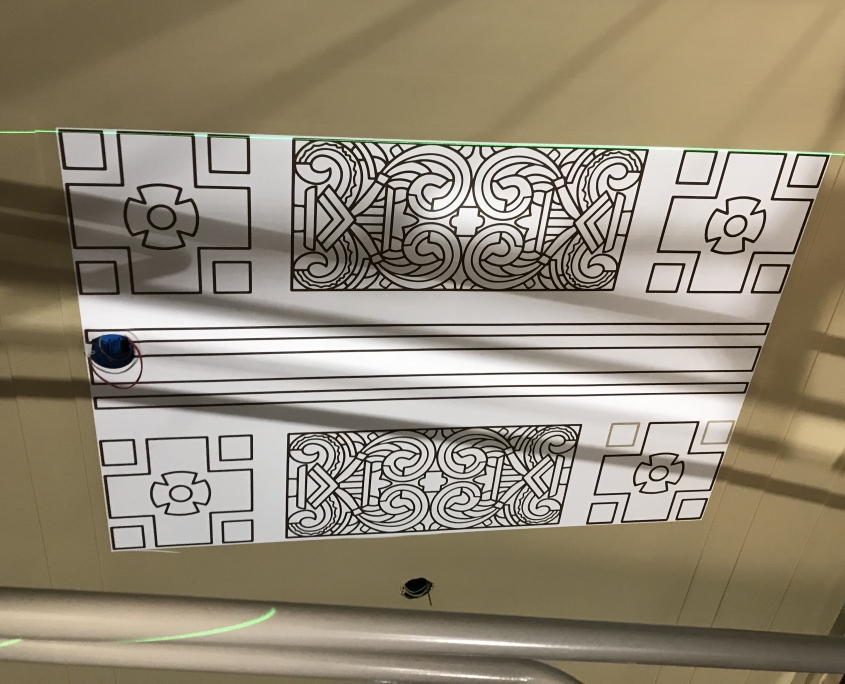 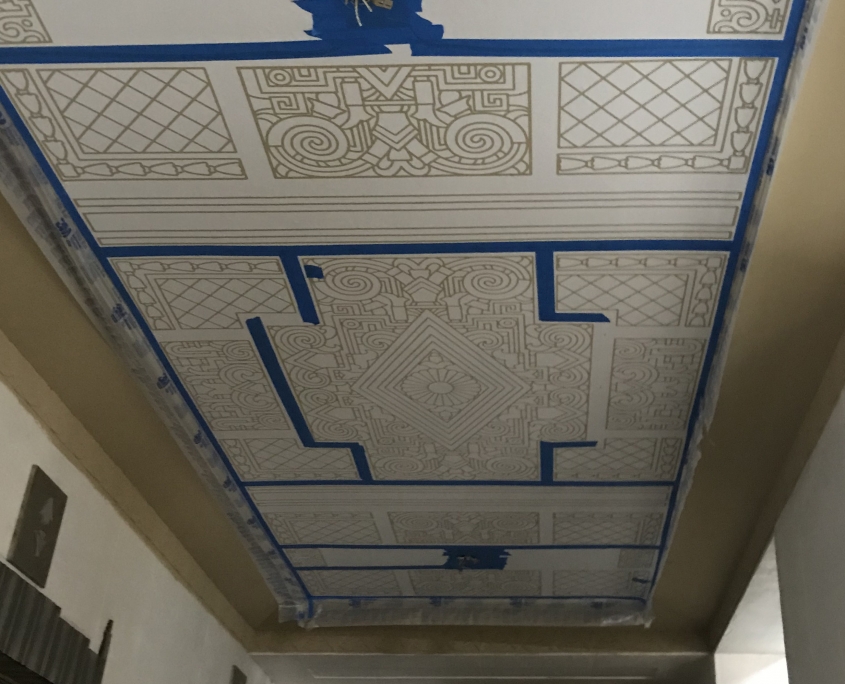 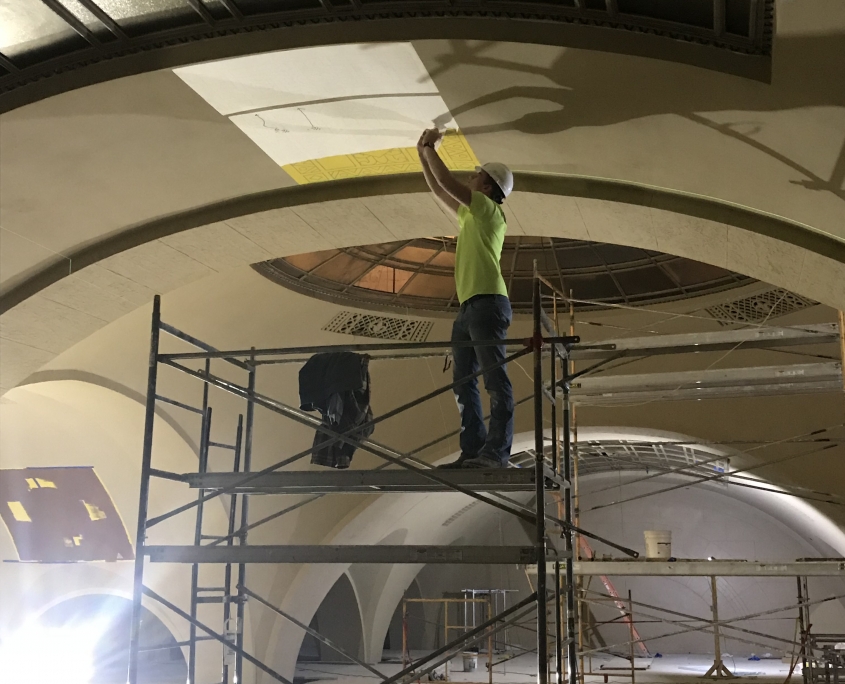 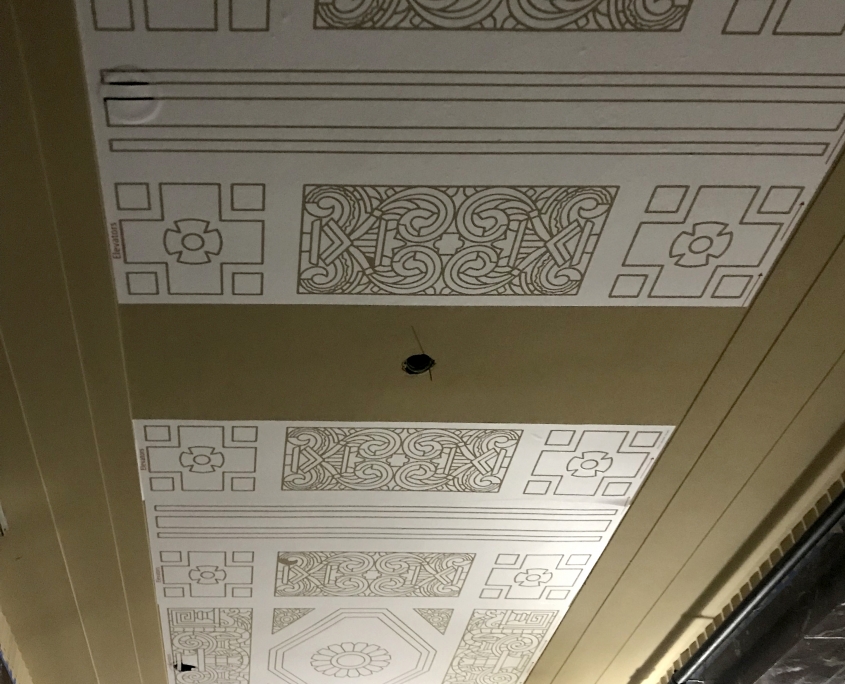 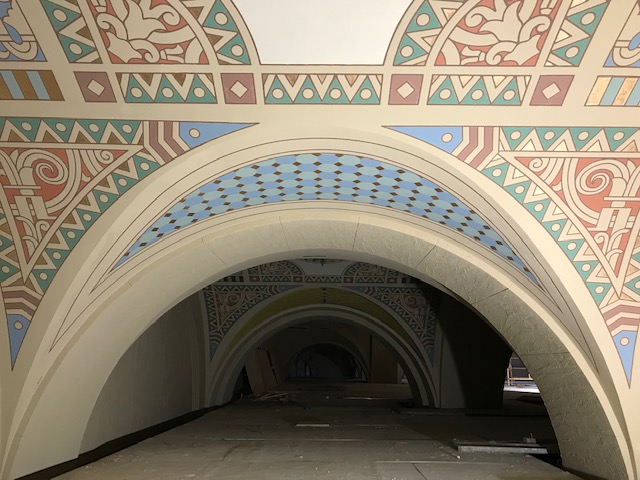 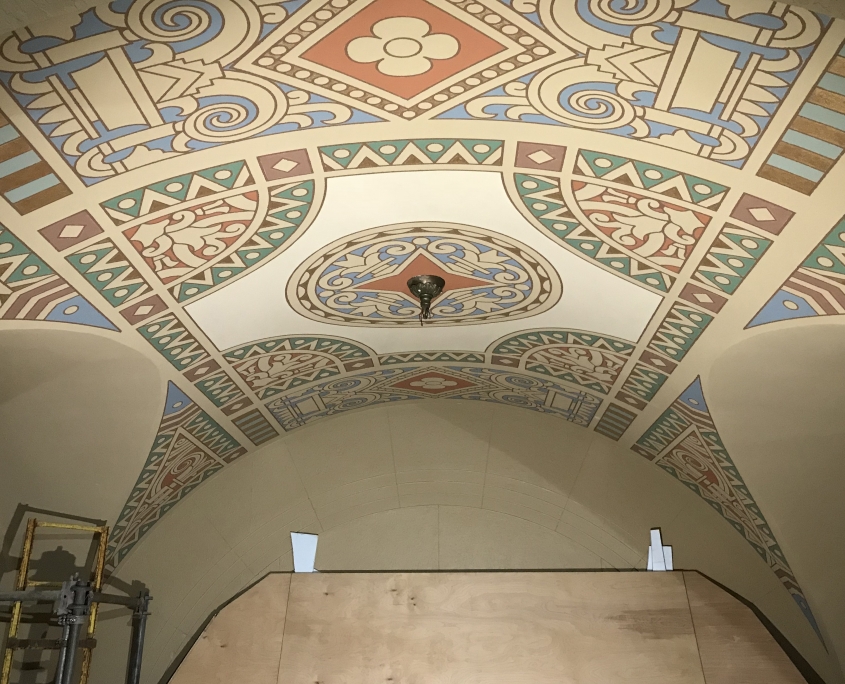 Tenants to start moving into The Milton in next 30 days, Michigan Avenue back open
(Source: WWMT.com)

A Legacy in The Making